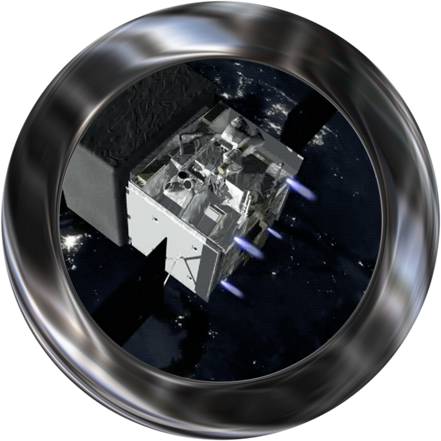 After twelve years of making discoveries about the high-energy universe, what's next for Fermi? We can gain some clues about the future by looking at how Fermi has changed over its lifetime in orbit.

Unlike Hubble Space Telescope, Fermi was never designed to be serviced by astronauts. Instead, it was built with lots of flexibility in how the spacecraft and instruments operate. This flexibility has allowed the Fermi scientists and engineers to improve the performance of the instruments and the satellite compared to when it was first launched in 2008.

In order to avoid overloading the telemetry system that sends Fermi data to the ground, the original settings on the Gamma-ray Burst Monitor (GBM) primarily transmitted summaries of what the GBM was seeing rather than information about every gamma ray. Once the operations team had enough experience with the satellite, the settings were changed to send all the gamma-ray information from the GBM. This change has made the GBM more sensitive to short gamma-ray bursts, which will have important implications for future events like the one that signaled the merger of two neutron stars that produced a gravitational wave signal in the National Science Foundation's Laser Interferometer Gravitational-wave Observatory (LIGO).

Fermi has a propulsion system onboard. It was included for safety, so that the satellite could be deorbited at the end of the mission without crashing into a populated area. In 2012, however, Fermi found itself on a collision course with an old Soviet-era satellite. The operations team determined that the propulsion system could be activated for just 2 seconds in order to change the Fermi orbit just enough to avoid a collision. This near-miss demonstrated Fermi's ability to avoid potential impacts in the future.

With all these improvements, Fermi is a far more capable satellite than when it was launched in 2008. The instrument and operations teams will continue to find better ways to maximize the scientific return from Fermi. Fermi's orbit is stable for decades to come. The satellite does not use up any supplies as it operates, so its life can be extended for many years. New multiwavelength and multimessenger facilities (like LIGO and IceCube) will give Fermi's instruments new opportunities to make discoveries.

In March 2018, the Fermi flexibility was challenged once again, when one of its two solar panels stopped rotating. Since Fermi gets its 1800 Watts of power from the solar panels, this meant that the operations team had to change the Fermi observing strategy in order to keep that panel facing the Sun. The observatory can still view the entire sky, just not on quite the same timescale as before. The engineers and operators optimized the new strategy, and thanks to the wide fields of view of the GBM and the LAT, data taking was interrupted for only a few weeks before returning to full operation. Once again, the built-in capabilities of Fermi to change as new situations arise have allowed what might have been a serious problem to turn into a small nuisance. Fermi entered its second decade of observing the universe with optimism.