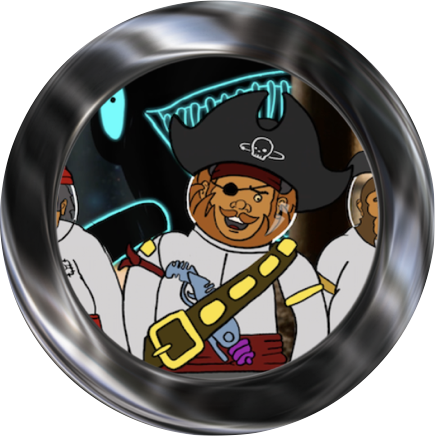 As previously described for pulsars in the February edition of the Fermi Fridays: Art of the Sky, the collaboration between Fermi scientists and the Advanced 2D Animation class at the Maryland Institute College of Art (MICA) brings us the Active Galactic Nuclei (AGN) topic through the artists' eyes.

Extreme may be the best word to describe AGN, especially blazars observed by Fermi. Blazars contain the heaviest black holes, they show the most persistent extreme brightness, and they exhibit rapid, unpredictable extreme variations in the huge amount of energy that they release. Fermi's discoveries of blazars have inspired artists' creativity and fervid imagination in representing the peculiar phenomena that can be studied with gamma-ray blazars.

The mystery of AGN

The supermassive black hole in a galaxy that hosts an AGN in its center has a very powerful attractive force, thanks to its strong gravity. We can imagine that any space traveler wandering close enough to this black hole would inevitably be ingested by the black hole, and perhaps would find out the mystery hidden inside it. This MICA animation presents the students' point of view about what one could expect from such a journey.

Blazars are variable on timescales from minutes to years. In June 2015, the Fermi-LAT detected a sudden change in the brightness of the gamma-ray blazar 3C 279. The variations persisted for a few days and coincided with a tremendous energy release. During this time the blazar became four times brighter than Vela (the brightest persistent gamma-ray source in the high-energy gamma-ray sky). Lots and lots of gamma rays produced by this blazar were hitting the Fermi LAT.

This visualization displays these gamma rays as expanding circles reminiscent of raindrops on water. Both the maximum size of the circle and its color represent the energy of the gamma ray, with white lowest and magenta highest.

Occasionally a massive galaxy is located along the line of sight between Earth and a blazar in the distant universe. Gamma rays that leave the blazar don't have a direct trip to Earth: when approaching the massive galaxy they are subject to its gravitational potential and deflected from their path. This phenomenon is called gravitational lensing and was observed by Fermi in the blazar B0218+357. In this MICA animation, a ship full of space pirates explain the concept of gravitational lensing.

AGN are a powerful source of inspiration in the Fermi scientists kitchen as well. We could not resist making a Fermi AGN cake! This cake won the 2016 Science as Food competition at NASA/Goddard. It represents the components of blazars observed by the Fermi satellite. The different structural parts are built out of cake, rice cereal treats, and marshmallows. The jet, represented by a transparent sugar structure, incorporates LED lights whose colors and variations are color-coded based on actual Fermi gamma-ray observations of blazars. Viewers could select their favorite blazar to view the Fermi LAT light curve. 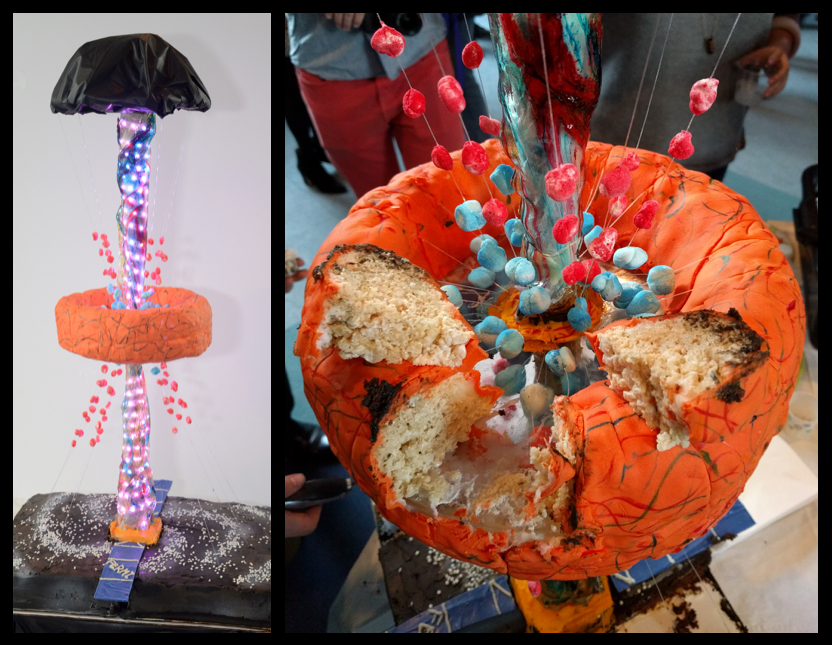 Find out more about the science described in these animations: