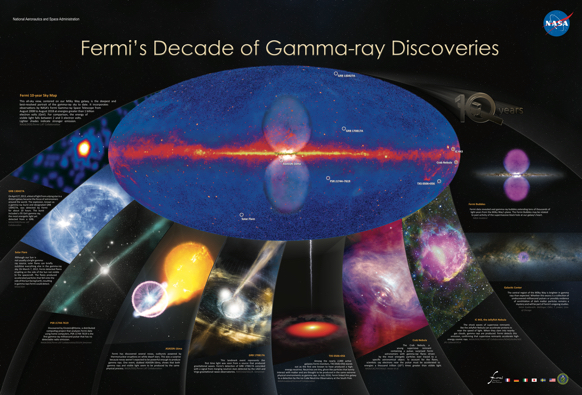 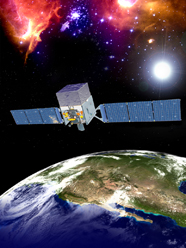 The Universe is home to numerous exotic and beautiful phenomena, some of which can generate almost inconceivable amounts of energy. Supermassive black holes, merging neutron stars, streams of hot gas moving close to the speed of light ... these are but a few of the marvels that generate gamma-ray radiation, the most energetic form of radiation, billions of times more energetic than the type of light visible to our eyes. What is happening to produce this much energy? What happens to the surrounding environment near these phenomena? How will studying these energetic objects add to our understanding of the very nature of the Universe and how it behaves?

The Fermi Gamma-ray Space Telescope, formerly GLAST, is opening this high-energy world to exploration and helping us answer these questions. With Fermi, astronomers at long last have a superior tool to study how black holes, notorious for pulling matter in, can accelerate jets of gas outward at fantastic speeds. Physicists are able to study subatomic particles at energies far greater than those seen in ground-based particle accelerators. And cosmologists are gaining valuable information about the birth and early evolution of the Universe.

For this unique endeavor, one that brings together the astrophysics and particle physics communities, NASA has teamed up with the U.S. Department of Energy and institutions in France, Germany, Japan, Italy and Sweden. General Dynamics was chosen to build the spacecraft. Fermi was launched June 11, 2008 at 12:05 pm EDT.

Caveats About Analyzing GRB 221009A Data

The FSSC has a created a page describing important caveats for the extraordinarily bright GRB 221009A. Fermi users should be aware of impacts on instrument performance and defined Bad Time Intervals for the LAT and GBM data before starting data analysis. If you have any questions or concerns, please contact the Fermi help desk at fermihelp@milkyway.gsfc.nasa.gov.

Astronomers around the world are captivated by an unusually bright and long-lasting pulse of high-energy radiation that swept over Earth Sunday, Oct. 9. The emission came from a gamma-ray burst (GRB) - the most powerful class of explosions in the universe - that ranks among the most luminous events known.
+ Read More

Astronomers have long sought the launch sites for some of the highest-energy protons in our galaxy. Now a study using 12 years of data from NASA's Fermi Gamma-ray Space Telescope confirms that one supernova remnant is just such a place.
+ Read More