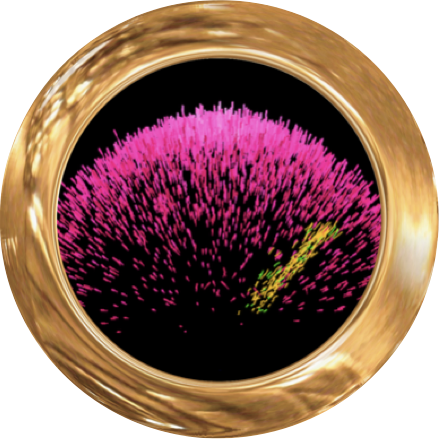 How do you get gamma rays & antimatter from Thunderstorms?

Benjamin Franklin is famous for flying a kite in a thunderstorm to show that thunderstorms create electricity. Another scientist who tried this was killed, so don't try that experiment! It's not even safe to be outdoors during a thunderstorm. But it wasn't until 1991 that scientists discovered a consequence of the electric fields in thunderstorms -- Terrestrial Gamma-ray Flashes (TGFs). The Burst and Transient Source Experiment (BATSE) on the Compton Gamma-Ray Observatory (CGRO) was designed to observe gamma rays from space, but scientists were surprised by the detection of brief flashes of gamma rays from the Earth. These flashes were quickly associated with thunderstorms. Currently the Fermi Gamma-ray Burst Monitor (GBM) observes the most TGFs, about 800 per year. The map shows TGFs detected with Fermi GBM, occurring in areas of high thunderstorm activity: near islands and coastlines, and also between 5 and 20 degrees latitude due to the Intertropical Convergence Zone. 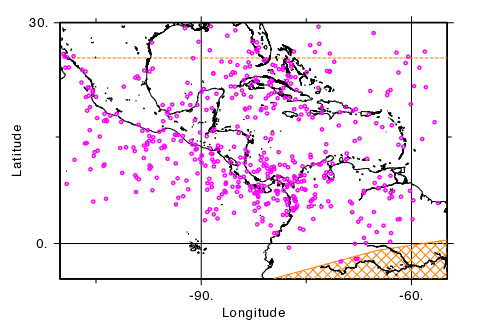 From modern balloon measurements, we know that thunderstorms have electric fields of up to about 100,000 volts per meter. These fields can accelerate free electrons to high energies, as predicted by C. T. R. Wilson (of the Wilson Cloud Chamber) in 1925. When an electron gains sufficient energy, it can ionize the air, creating additional electrons, that also accelerate, creating a cascade of high-energy electrons. This process is connected to lighting in the tops of thunderstorms and may be triggered by lightning. At higher altitudes, the electrons scatter off of the nuclei of atoms and emit gamma rays in the process known as "bremsstrahlung". A very short (< 1 millisecond), very intense flash of gamma rays is produced that can be detected by spacecraft in orbit.

Some of the gamma rays interact in the upper atmosphere and convert to an electron-positron pair -- an electron and its antimatter counterpart, a positron. These particles can reach space, but having an electric charge they behave differently from the gamma rays. This creates a narrower beam that is less likely to be detected, but which can be detected from farther away from the thunderstorm since it doesn't spread out. 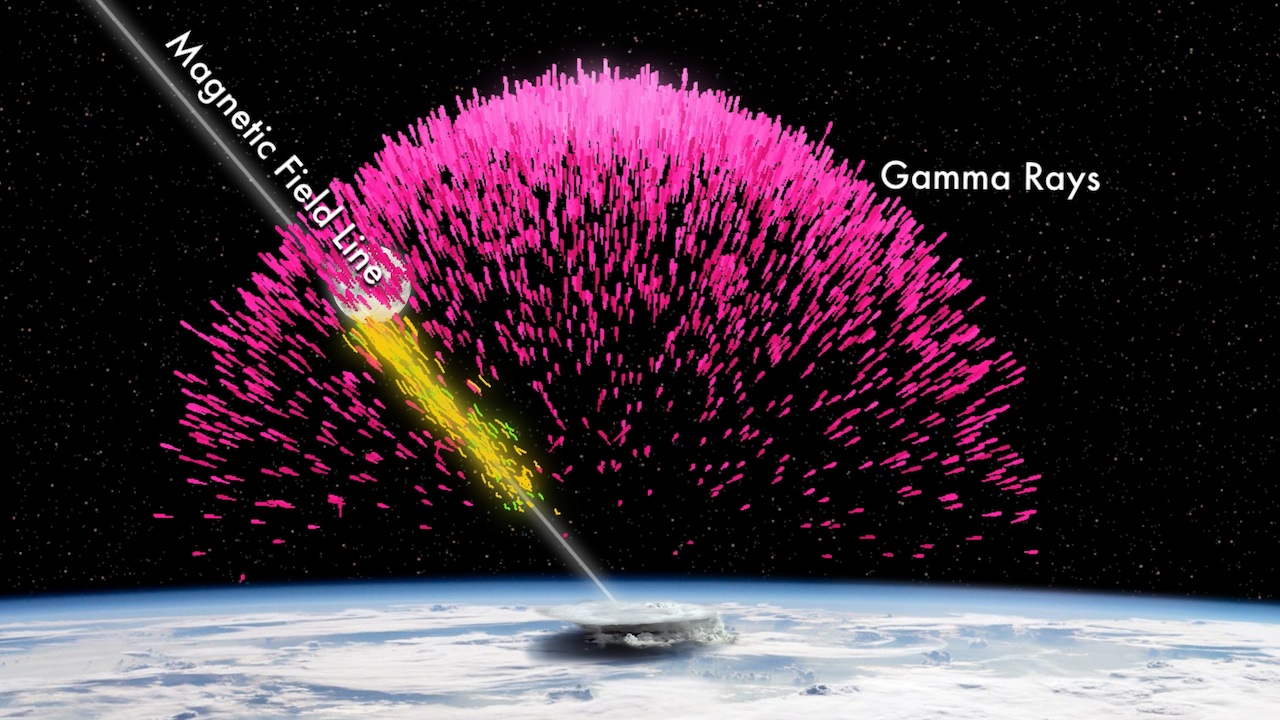 The gamma rays spread out in a fairly wide beam (pink), while the electrons and positrons follow
the Earth's magnetic field from where they were created (yellow and green).
(Credit: NASA and J. Dwyer, Univ. of New Hampshire)

This process explains an unusual observation by Fermi GBM on Dec 14, 2009, in which a TGF was detected when Fermi was over the Sahara Desert — no thunderstorms there! The answer to this puzzle is that the Earth's magnetic field guided electrons and positrons from a TGF in southern Africa to Fermi. 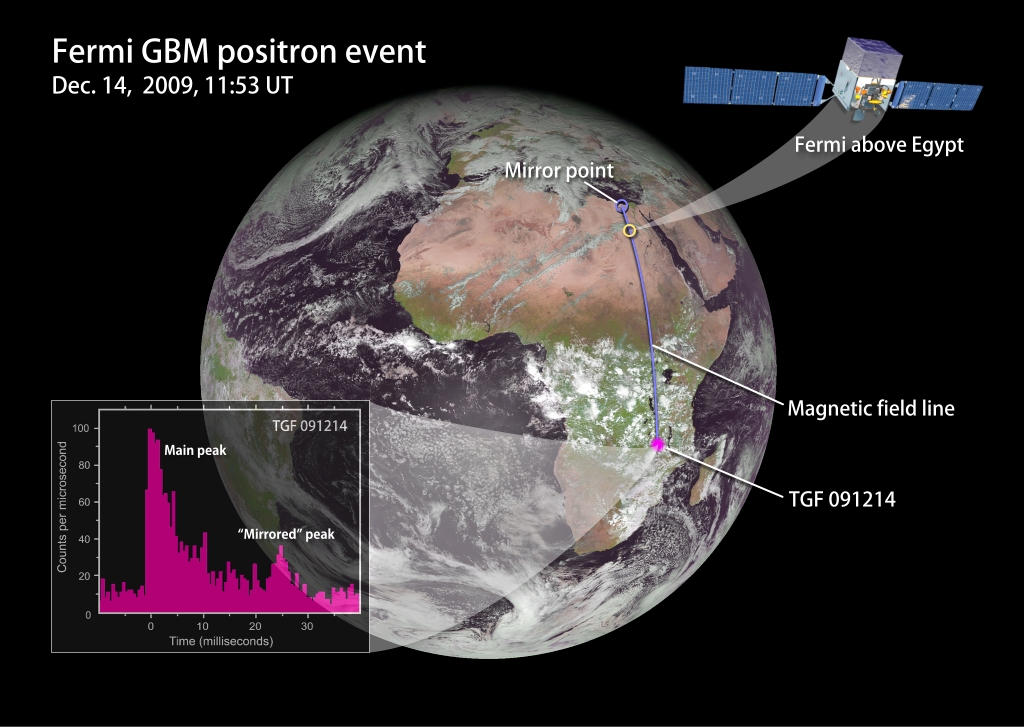 On Dec. 14, 2009, while NASA's Fermi flew over Egypt, the spacecraft intercepted a particle beam
from a TGF that occurred over its horizon. Fermi-GBM detected the signal of positrons annihilating
on the spacecraft – not once, but twice. After passing Fermi, some of the particles reflected off
of a magnetic "mirror" point and returned.

Fermi TGFs in the News

Here are some of NASA's press releases about Fermi TGFs from the past 10 years: