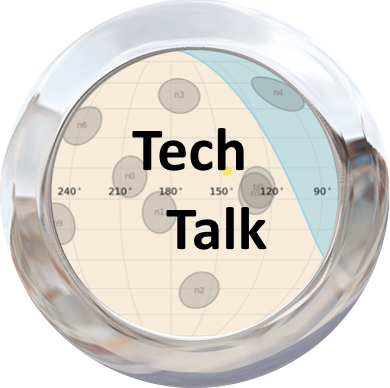 Seeing the whole sky at once – GBM

The Fermi Gamma-ray Burst Monitor (GBM) is designed to monitor the sky for bursts of gamma rays lasting a fraction of a second to tens of minutes, which can come from gamma-ray bursts, pulsars, black holes, soft gamma repeaters, solar flares, and terrestrial gamma-ray flashes. To see this variety of sources, GBM uses a total of 14 detectors pointing in different directions. 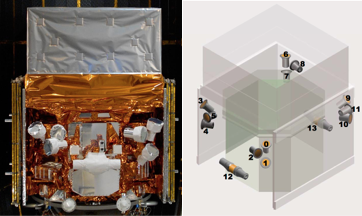 The GBM detector configuration covers about 70% of the entire sky in an instant and samples the entire sky every orbit (96 minutes). If we project the sky into two dimensions from our point of view, the animation below shows where the GBM detectors are pointing as the Fermi satellite orbits Earth.

Although the GBM's primary targets are gamma-ray flashes from space, some of its detectors are always looking down toward Earth. Because of this, GBM also sees gamma-ray flashes (and even some antimatter) coming from thunderstorms on Earth, as shown in the video below. From the Fermi spacecraft orbit, GBM can detect Terrestrial Gamma-ray Flashes (TGFs) from Central and South America, Africa, Asia, and Australia.

Since TGFs are coupled with thunderstorms, which happen more often in summer months, GBM sees seasonal variations in the location of TGFs, as shown in the animation below.