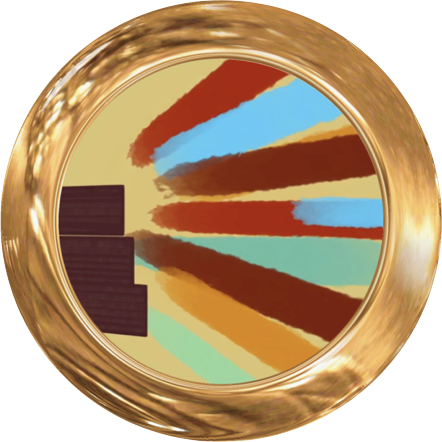 Gamma-ray bursts (GRBs) are some of the most energetic explosions in the universe, and a single gamma-ray burst can outshine an entire galaxy for its very short existence. These astrophysical fireworks have inspired some auditory, visual, and edible works of art and creativity.

Each gamma-ray burst has a unique pattern of gamma rays. For the GRB Suite, we converted the light detected by the LAT into musical notes in order to get a more intuitive sense for the differences between individual gamma-ray bursts. Gamma rays with higher energies are represented as musical notes with higher pitches, and vice versa. Everything is slowed down to be more understandable to the human ear; a gamma-ray burst that lasted for around a second is stretched out to be ten seconds of drum beats. The accompanying animations are a playful visual interpretation of the music, and the entire piece is presented as a four-piece suite.

Gamma-ray bursts occur when a very massive star collapses under its own weight, or when two massive, dense objects (like neutron stars or black holes) spiral into each other. In both scenarios, the catastrophic event launches a very fast and energetic jet that emits the gamma rays detected by Fermi LAT and Fermi's Gamma-ray Burst Monitor (GBM). The flashy nature of gamma-ray bursts inspired one animation student from the Maryland Institute College of Art to reimagine them as "cosmic graffiti" splashing over the Universe.

Members of the (unofficial) Fermi cake baking committee came together to create a gamma-ray burst in the form of a cake. The "central engine" of the gamma-ray burst (upper half chocolate cake, lower half Rice Krispie treats) launches a very dense jet (sugar sheets over LEDs, supported by long wooden dowels). The particles and the magnetic fields inside the jet interact and emit gamma rays, which are depicted by individual LEDs lighting up in particular patterns. 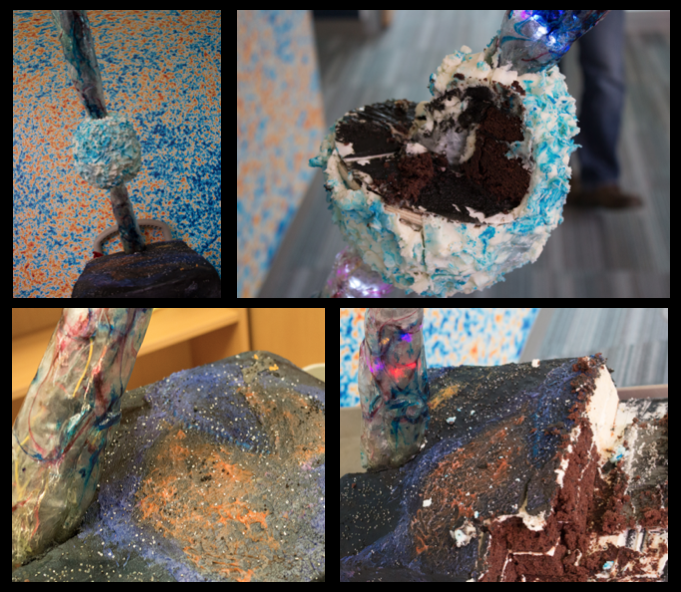 For a small fraction of gamma-ray bursts, the first flash is much dimmer than the rest, like a small hiccup before the main explosion. Precursors were depicted in this case by the LED light patterns: A small set of red LEDs flashed briefly, followed by many more blue LEDs flashing along the jet. One of the many mysteries of gamma-ray bursts is what causes these dim precursors, and why they only show up in some gamma-ray bursts.