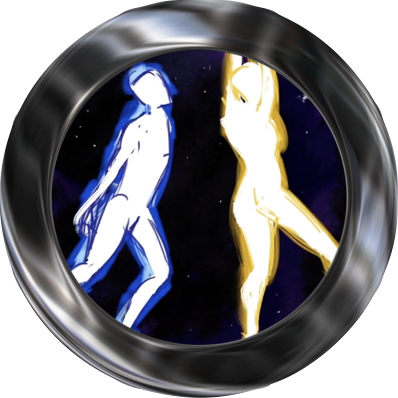 Art of the Sky: Galactic Surprises from Binary Star Systems

One of Fermi's biggest Galactic Surprises was the discovery of gamma-rays coming from novae. A nova takes place when a "white dwarf" is in orbit with a star. A white dwarf is what remains behind when a low-mass star, such as our own Sun, comes to the end of its life. But the white dwarf, which was at the heart of the star, can still sometimes continue to live on. But to shine on in its afterlife, the white dwarf must feed on material provided by another star orbiting around it. If matter from the companion star falls onto the surface of the white dwarf, the gravitational energy released makes the white dwarf glow. But even that energy isn't what makes a nova. The material building up can eventually undergo nuclear fusion, similar to what happens in a nuclear bomb. This sudden explosion is what creates the nova - what looks like the sudden appearance of a bright new star. "Nova" comes from the Latin word for "new". But, before Fermi, although novae release enormous amounts of energy as optical light and X-rays, we hadn't expected to see any gamma rays. But scientists were surprised when Fermi found that gamma rays do come from novae.

The first time Fermi saw gamma-rays from a nova, it was from a white dwarf that was in orbit with an enormous red giant star. To illustrate this, students from the Maryland Institute College of Art (MICA) created an animation with a white dwarf and a red giant. But don't worry, the white dwarf always survives the nova explosion (or at least most of him!).

There are many other types of binary star systems in the Galaxy, and another group of MICA students animated the dance of a different type of binary. This is based on an even more unusual binary star system containing a black hole instead of a white dwarf.

Our Fermi bakers have also depicted a Nova in cake form. This cake was meant to demonstrate the nova V407 Cygni, produced by a Red Giant star dumping material onto a white dwarf, and the blast wave from that nova interacting with the wind emitted by the Red Giant, producing gamma-rays. Notice the stratified layers inside the Red Giant star depicting its different fusion burning elements. 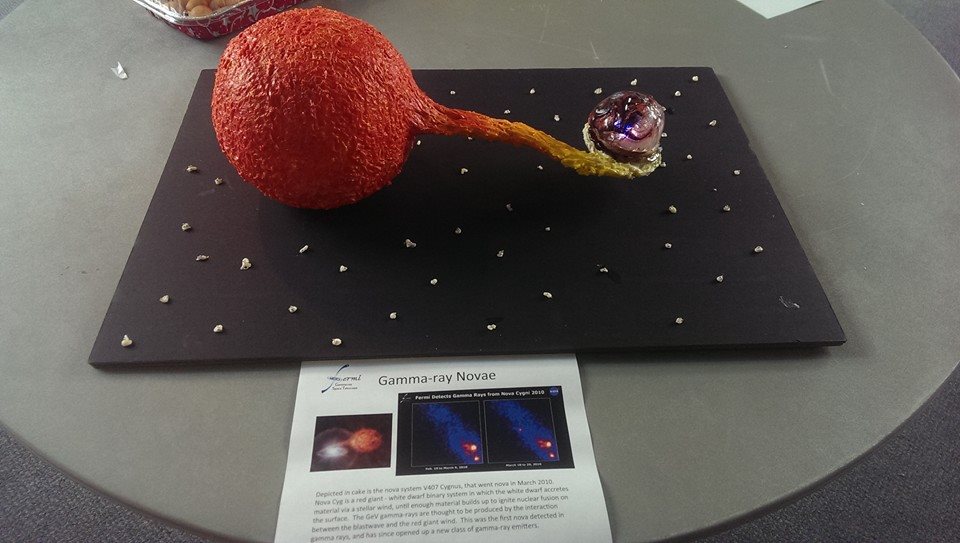 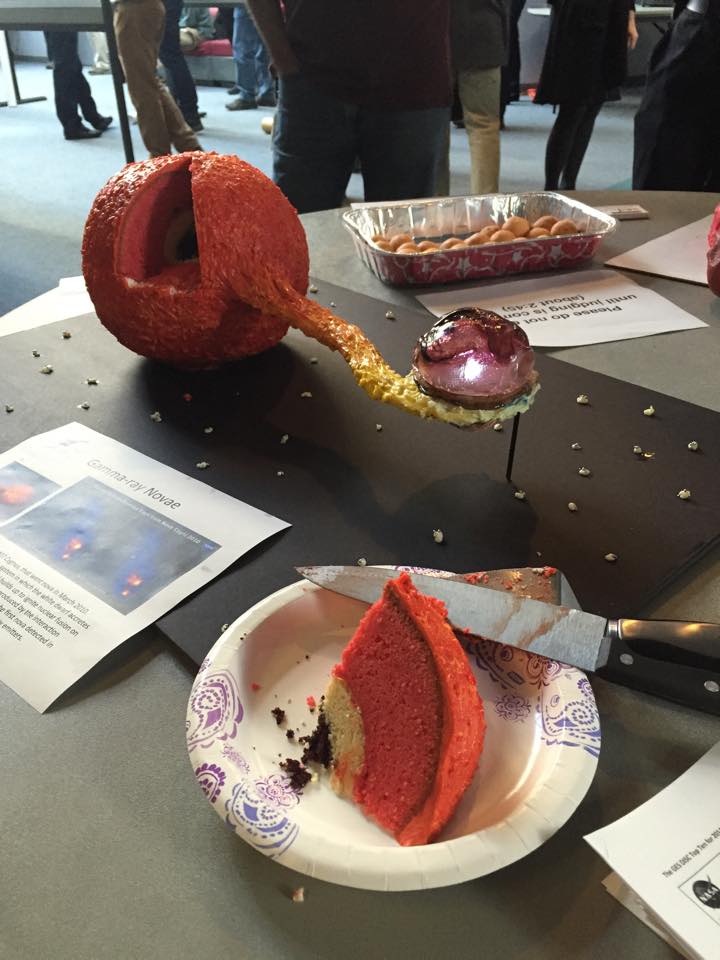