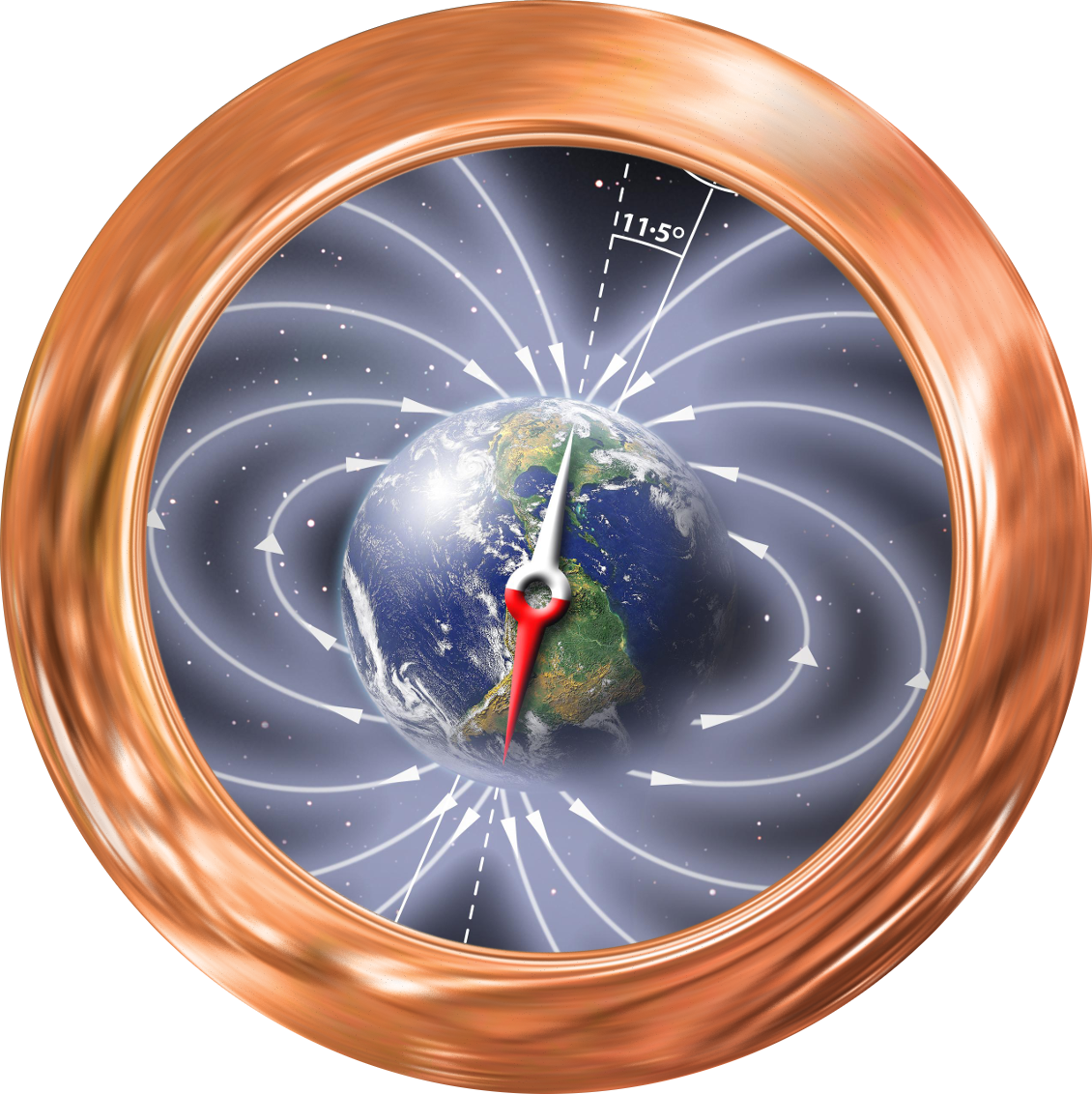 How Fermi Uses the Whole Earth as a Precision Magnet

In 2008, the PAMELA spacecraft used its onboard magnet to measure the fraction of positrons (the antimatter, positively charged version of electrons) among cosmic-ray electrons. They made a surprising discovery: at high energies, there is a mysterious excess of positrons. The cosmic-ray community was incredibly excited by the result, because one possible explanation of the excess antimatter is that dark matter particles within the Galaxy are annihilating into matter-antimatter pairs in the form of electrons and positrons.

Fermi scientists wondered whether we could measure the positron fraction with the Fermi Large Area Telescope (LAT), something it wasn't designed to do. But there was a problem: the LAT doesn't have a magnet, like PAMELA does. However, there is a much larger magnet nearby: the Earth. 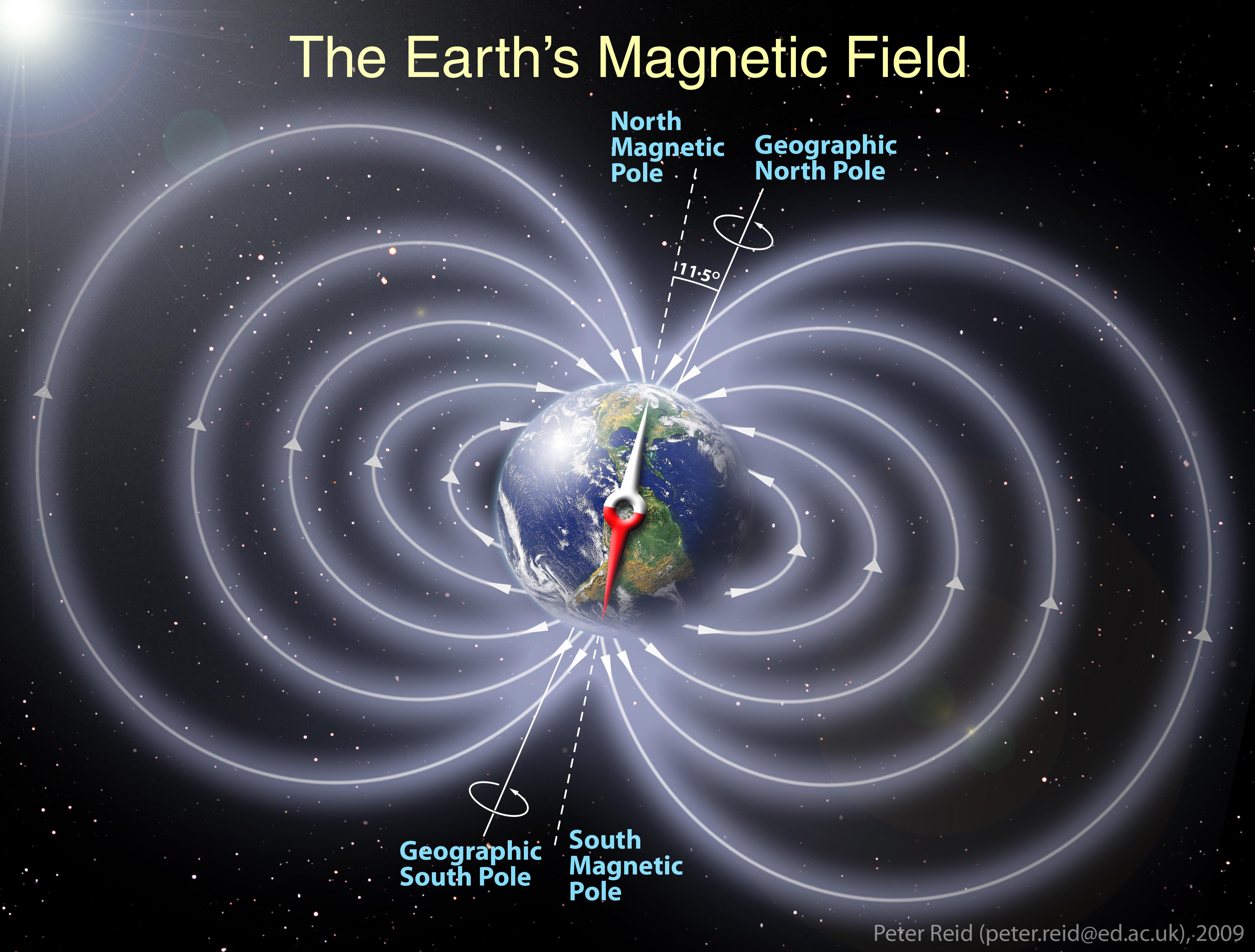 The idea was to use the opposite curvature of electrons and positrons within the Earth's magnetic field, combined with the fact that the Earth itself blocked particular trajectories. Using a precise worldwide map of the magnetic field strength and direction, they calculated small time-dependent windows toward the horizon (as seen from the Fermi LAT during its orbit) where positrons, but not electrons, are detectable. They determined similar windows for electrons, and used all the windows to measure the flux of each particle separately. 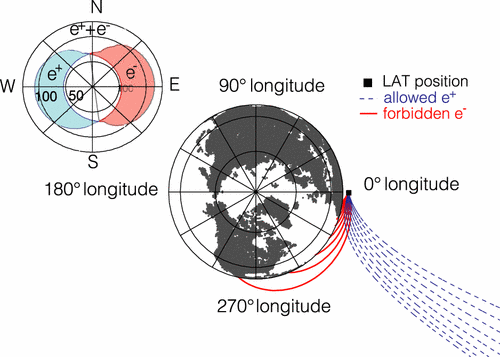 Fermi-LAT uses the opposite curvature of electrons and positrons within the Earth's magnetic field, combined with the fact that the Earth itself blocks particular trajectories.
Credit: Ackermann et al., 2012, PRL, 108, 011103 (Article)

With this technique, LAT confirmed PAMELA's surprising discovery and extended the positron fraction measurement to even higher energies, where the mysterious positron excess continued and became even larger. Later, AMS-02, a detector with a larger onboard magnet than PAMELA's (but not as large as Earth's) confirmed the LAT measurement and again extended it to even higher energy. 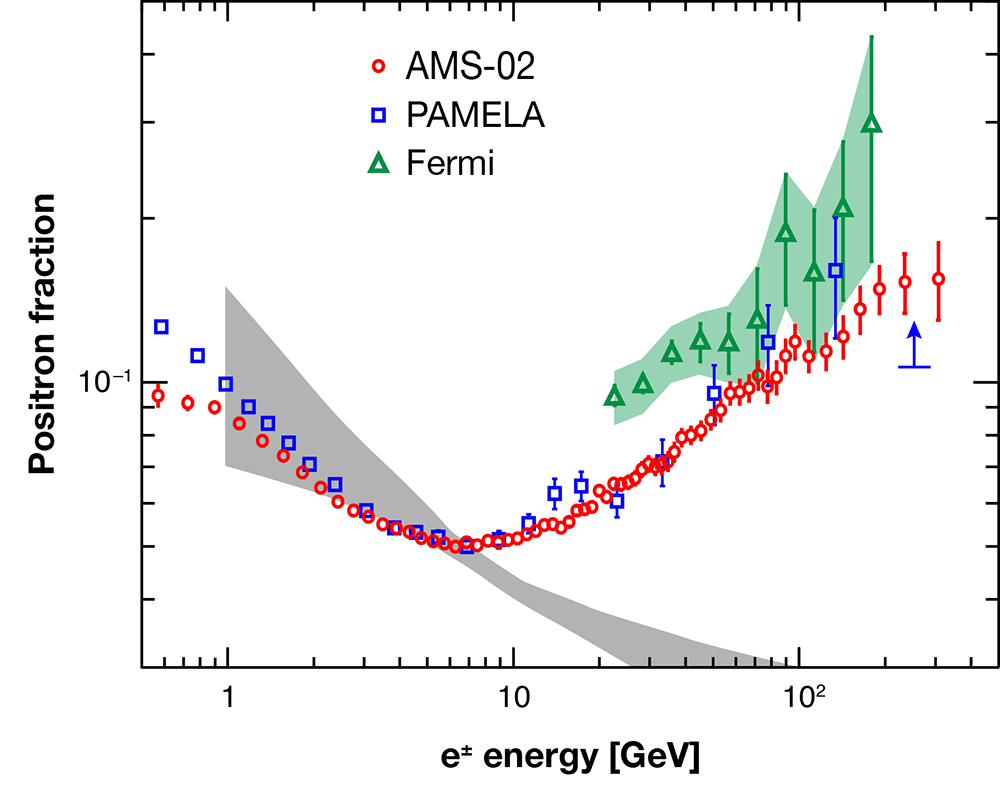 The fraction of positrons in high-energy cosmic rays is in excess of what is expected (gray shaded region) from known Galactic energetic phenomena. This plot illustrates the positron fraction as a function of the energy as measured by PAMELA, Fermi-LAT, and AMS-02.
Credit: M. Aguilar et al. (Article)

A decade after its discovery, the positron excess remains one of the most exciting mysteries in astroparticle physics. In addition to the Fermi LAT, other gamma-ray observatories are making important contributions to understanding it. The HAWC observatory recently measured spatially extended gamma-ray emission from the region of Geminga, a pulsar. Precise understanding of this emission will help answer whether such pulsars are the source of the positrons. Finally, the upcoming Cherenkov Telescope Array may be able to extend both the LAT and AMS-02 measurements to even higher energies. It would again use the Earth's magnetic field, but at these energies a different body would be needed to separate positron and electron trajectories: the Moon.