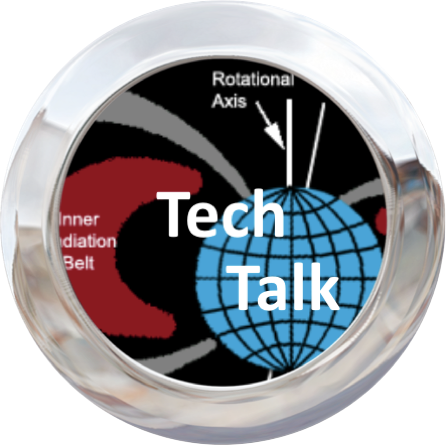 Fermi Talks Tech: Where is Fermi?

Just over 10 years ago, Fermi was launched 550 km above Earth into an orbit with an inclination of 25.6 degrees to the equator. Fermi didn't initially start at an inclination of 25.6 deg - when the rocket that launched Fermi reached the required altitude of 550 km, we still had some fuel left over. We used the remaining fuel to reduce the orbit inclination from 28.6 deg (which is where you naturally end up when launching from Cape Canaveral at a latitude of 28.6 deg).

Earth's magnetic field traps charged particles in regions known as the radiation belts. Due to the offset between the rotational and magnetic axes, these dip close to Earth in the south Atlantic producing such an intense particle flux that we need to turn off data collection when we pass through this region, known as the South Atlantic Anomaly (SAA), to avoid swamping the detectors with spurious readings from these particles. These particles also affect Fermi's electronics. We monitor this directly by tracking errors induced in the onboard computer memory. These don't cause a problem because we designed our system to be able to correct for them. The plot showing where Fermi is when these errors occur, we can easily see that most happen in the SAA (blue dots) and only ~10% outside (red dots). 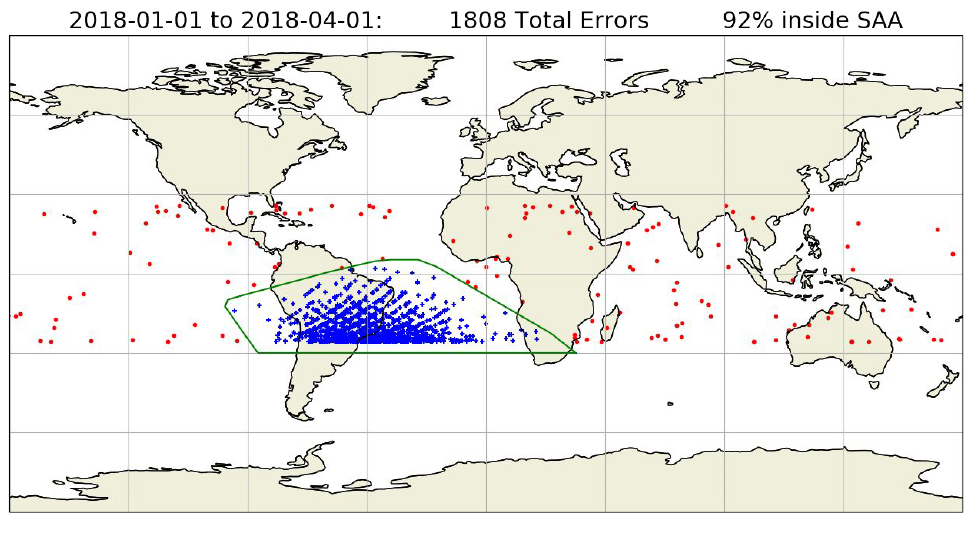 Each second, a Global Positioning System (GPS) receiver on-board the spacecraft provides the location of Fermi with an accuracy better than 20 meters. Precisely knowing the location of the observatory allows us to account for the slightly different gamma-ray travel times to different points in the orbit. This is important when we are studying rapidly spinning pulsars that provide a narrow pulse of gamma-rays multiple times per second - timing those gamma rays accurately is essential.

If you want to know where Fermi is right now, or when it will pass over your city (it's possible to see Fermi from the ground), visit http://www.satview.org/?sat_id=33053U

Fermi will not stay in this orbit forever. If Earth were a perfectly round ball of rock, Fermi's altitude would remain almost perfectly constant, but it is not. Earth's atmosphere, while very very thin at Fermi's location, exerts a drag, which in turn causes Fermi to lose altitude. The amount of drag from the atmosphere is not constant; it varies with the 11 year solar cycle. You can see this is the plot below which shows Fermi altitude (blue) declining more sharply when the solar flux increased (red line) as we entered the active part of the solar cycle. 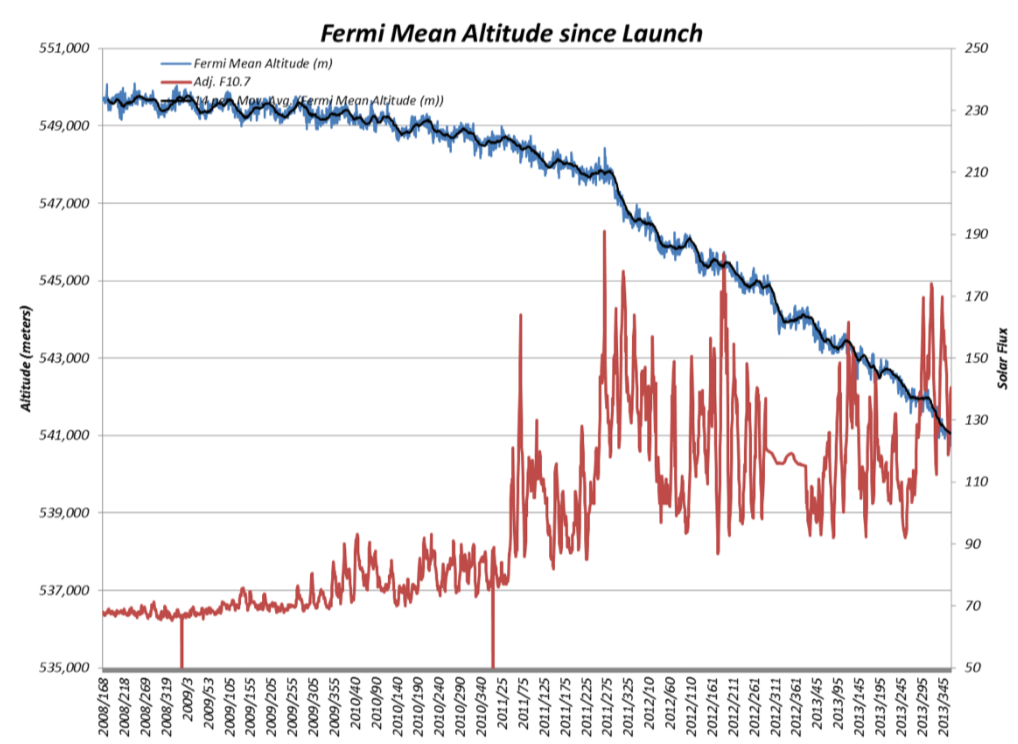 We expect a final, dramatic change to Fermi's orbit. At the end of its life, we will use its propulsion system to bring the observatory back to Earth in the middle of the Pacific Ocean. This won't happen any time soon - we're looking forward to many many more years of exciting science observations.