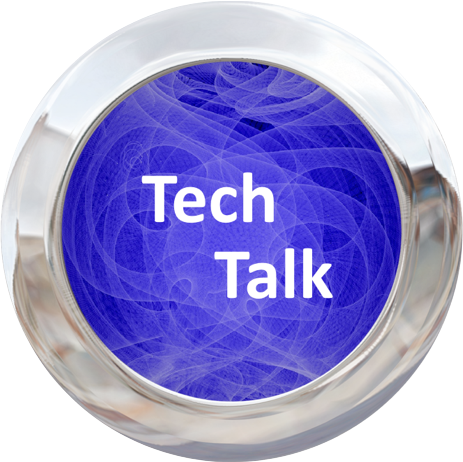 Both of Fermi's instruments, the Gamma-ray Burst Monitor (GBM) and the Large Area Telescope (LAT) have very wide fields of view. That means that they are great for monitoring the whole sky for gamma-ray transients and collecting deep exposures. However, because Fermi is in a low orbit, Earth blocks a large swath of the sky at any given moment. As Fermi orbits Earth, the part of the sky that is blocked changes.

The GBM, with its 14 detectors pointing in different directions, always sees the whole sky not covered by Earth. The LAT's field of view is ~70 degrees in radius, so about the same peripheral vision as you see with your eye. Therefore Fermi's observing strategy is optimized to get the most science out of what the LAT can view, and to maintain spacecraft power. The Earth limb itself is also a bright background source for both GBM and LAT, so how Fermi views the sky is also designed to minimize this background.

An animation of Fermi rocking north of the orbit plane for 1 orbit showing
a projection of the pointing and field of view of the LAT.

A neat way to visualize Fermi's sky survey is this video showing how the Vela pulsar, usually the brightest source in the high-energy gamma-ray sky, moves within LAT's field of view. An image from the video was used for the Astronomy Picture of the Day in 2012. It might not actually help you to understand the observing strategy, but it is visually striking, and reminds us of those old spirograph toys.
Credit: Eric Charles, Fermi-LAT Collaboration

Fermi also does pointed observations, increasing the fraction of time collecting data from a particular part of the sky. These target of opportunity observations are conducted when a particular astrophysical source is interesting on the timescales of days to weeks. Examples are observations of the Crab Nebula flares, when the Sun was active with solar flares, when the binary system PSR B1259-63 was expected to reach closest approach and flare in 2014, or when newly discovered novae might emit gamma rays. There must be strong scientific justification, but Fermi is adaptable to these exciting events.

An animation of an autonomous repoint of GRB 160625B, a bright gamma-ray burst in the GBM and LAT, and one where GBM triggered on a short spike before the main emission, clearly seen in the LAT (white dots are LAT-detected gamma rays). The blue region represents the area of the sky blocked by Earth, the purple circle is the LAT field of view, the red marker is the location of the gamma-ray burst, the green marker indicating the LAT boresight, and the yellow marker indicating the Sun location.
Credit: Seth Digel, Fermi-LAT Collaboration

A short version of pointed mode is known as an Autonomous Repoint Request, which is actually initiated by the GBM detecting a bright gamma-ray burst that could be detectable by the LAT. Onboard software (with no human in the loop) conveys this message from GBM to LAT, and then Fermi repoints for 2.5 hours to collect as much data as possible on these sources. During that 2.5 hours, when Earth is blocking the source, Fermi traces the Earth limb, which is the shortest slew path to get back to observing the source as soon as it comes out of eclipse. Here's an example of how Fermi's view of the sky changes when responding to an Autonomous Repoint.

Since the LAT's field of view is so large and it sweeps across the sky, a map of the pointing history over a day is smooth. This is a representation of the exposure on the sky in survey mode fading for comparison to the exposure from a pointed mode observation on the Galactic center. Lighter colors indicate deeper observations.

From December 2013 to December 2014, the Fermi mission changed the observing strategy to a Galactic-Center biased survey observation. There were several scientific reasons that it was exciting to collect extra exposure on this region at the time. After the year was over, Fermi returned to regular sky survey.

Thanks to the GBM and LAT's wide fields of view and flexibility in operation, they are still observing the dynamic gamma-ray sky and making exciting discoveries.