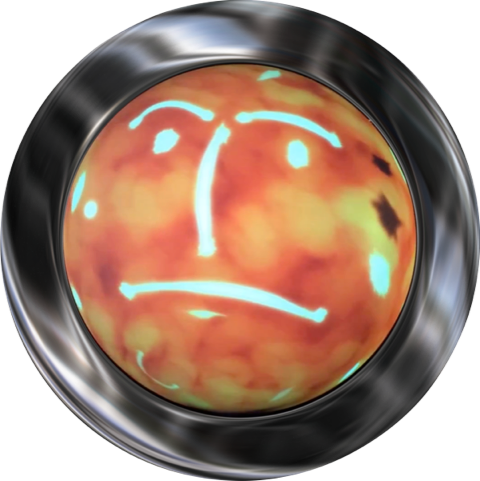 This month we're showcasing artwork featuring our nearest star, the Sun. As discussed earlier this month, gamma rays from the Sun come from two types of events: solar flares, and impacting cosmic rays from outside the solar system. Animation students from the Maryland Institute College of Art (MICA) focused their attention on the high-energy emission generated as part of a solar flare.

A solar flare is a release of built up magnetic energy from the Sun's surface. This magnetic tension is released through a process called magnetic reconnection. Such a rapid reordering of magnetic fields can accelerate charged particles to very high energies. These charged particles travel down the Sun's magnetic field lines and interact with the "surface" of the Sun, called the photosphere. This interaction is where the gamma rays that Fermi sees are created. The effects of solar flares can be felt on Earth through a wide range of phenomena including radio malfunctions and aurorae. In most cases, however, the magnetic field of the Earth creates a shield to help protect the Earth from the most detrimental effects of solar flares.

According to its creator, Solar Flares was an exploration in attributing non-scientific explanations and personifications to scientific and natural phenomena. The buildup of magnetic energy is embodied by a ghostly hand that scratches and pulls at the Sun's surface; its release is drawn as little golden angels that are eager to fly far and wide. The aurorae borealis is hinted at when a halo forms over the Earth once the angels (particles from the solar flare release) reach it.

Sometimes the Sun emits powerful flares, but for the Sun himself, it's nothing more than a sneeze! This animation was created to be displayed on the spherical projection system called "Science on a Sphere". The first part of the video shows the sphere with the animation displayed, while the second part shows the "flat" 2D version that is then mapped onto the sphere by specialized software which distributes it in parts to multiple projectors. Three images are used to ensure that all sides of the sphere are displaying a portion of the animation.