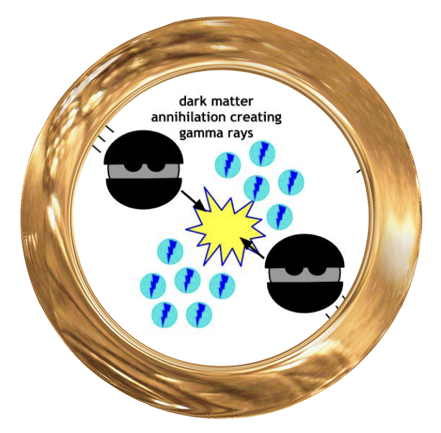 What is the stuff that's holding our Universe together? The current hypothesis is that it's a mysterious substance called dark matter. For example, the Milky Way resides in a big cloud of dark matter and would literally fall apart if you took the dark matter away. 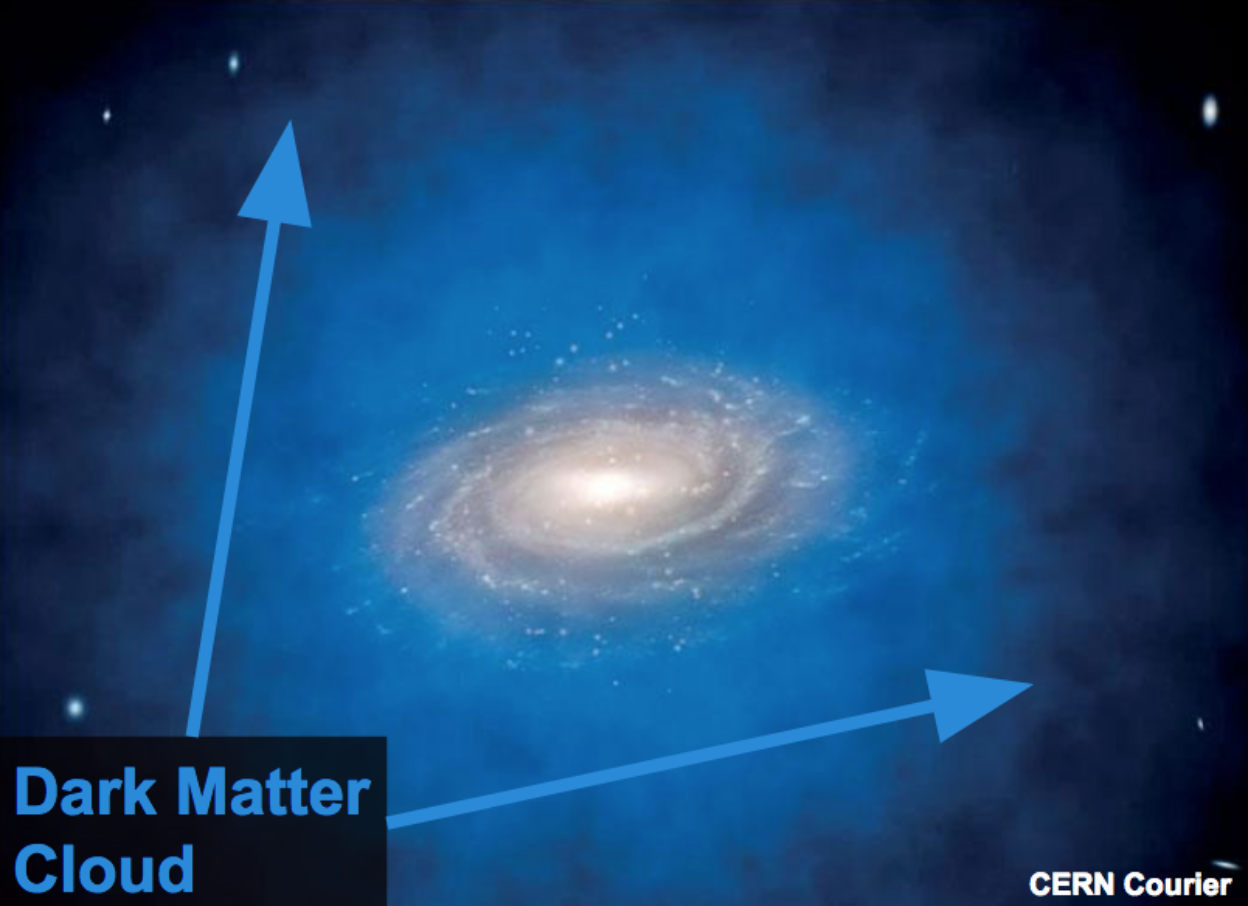 Artist's rendition of the Milky Galaxy and the dark matter cloud it resides in. Credit: CERN Courier

The most promising hypotheses say that dark matter is a particle called a Weakly Interacting Massive Particle (WIMP). WIMPs are very elusive, like ninjas. However, they are expected to interact with each other and produce gamma rays, which we can look for with the Fermi Large Area Telescope (LAT). 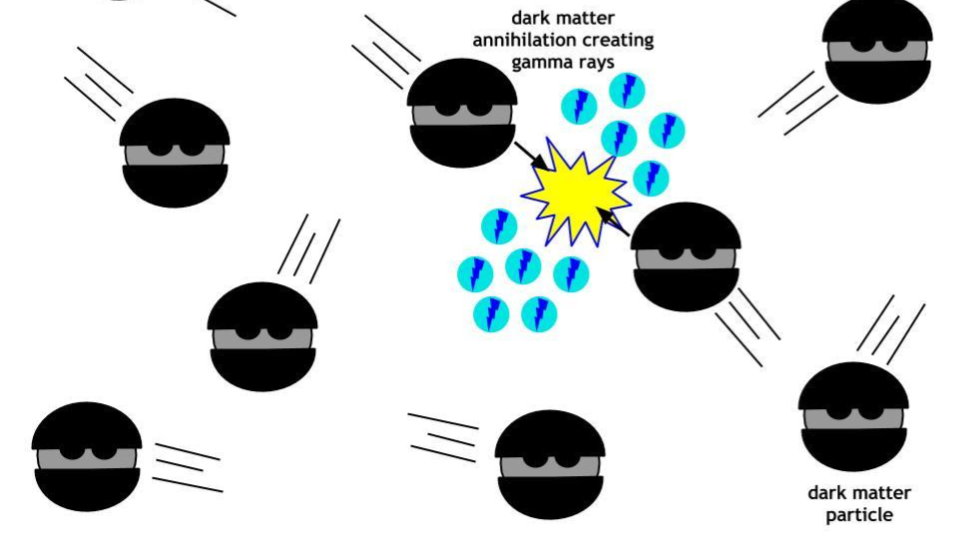 We know where several clumps of dark matter are, like our friendly neighborhood dwarf galaxies. These small galaxies reside in the Milky Way Galaxy's dark matter cloud, so they are very close by. Gamma rays are special because they travel directly from their source to Earth. So if we saw gamma rays from dwarf galaxies, that would be a smoking gun for dark matter. 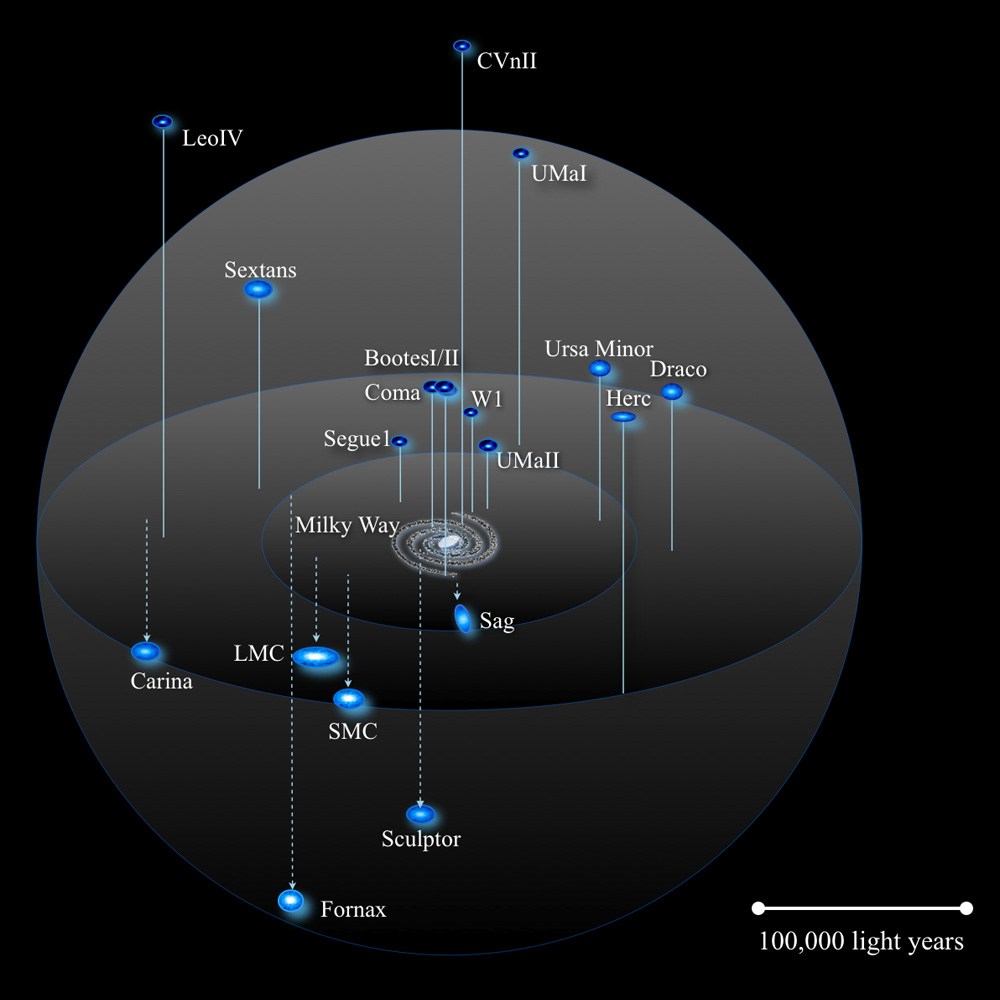 With the Fermi LAT's all-sky coverage, we observe dozens of dwarf galaxies. Then we can add up all the data taken by the Fermi LAT and see if we see a significant gamma ray detection from one of these objects. Unfortunately we haven't detected any dwarf galaxies as a gamma ray source. But we can still learn something from not seeing gamma rays! We know the sensitivity of the Fermi LAT, so we know how dim the dwarf galaxies have to be to escape detection. This then tells us an upper limit on how strongly the WIMPs could be interacting. We can then compare these limits to various hypotheses and rule out the ones that we would have detected with the Fermi LAT. 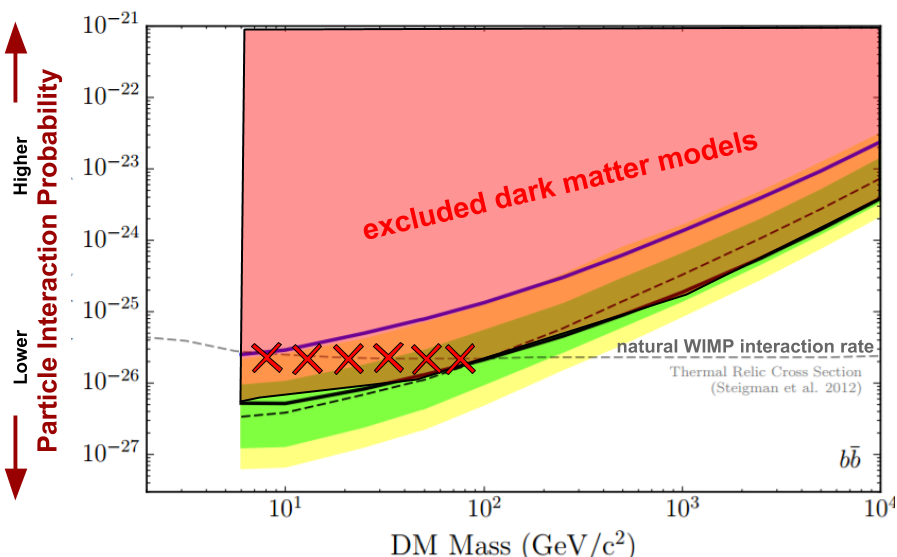