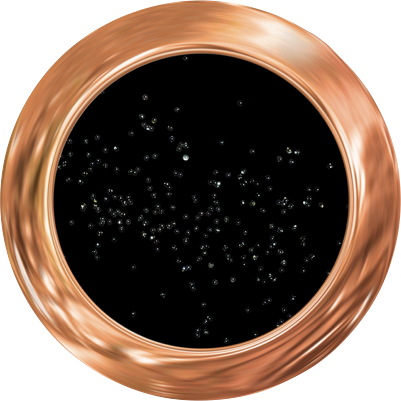 Behind The Scenes: The Partnership Between Optical Surveys and Gamma-ray Dark Matter Searches

Fermi often teams up with other telescopes to gain a more complete picture of astronomical objects and to better understand the physics of the Universe. In the search for gamma rays from dark matter annihilation and/or decay, we use other telescopes to tell us the most promising directions to look for a signal. If dark matter particles do annihilate or decay into high-energy gamma rays, we expect that the strength of the gamma-ray signal will be largest from the direction of nearby large accumulations of dark matter, namely, the nearest galaxies. This is because the visible stellar population of a galaxy is embedded within an invisible “halo” of dark matter particles. 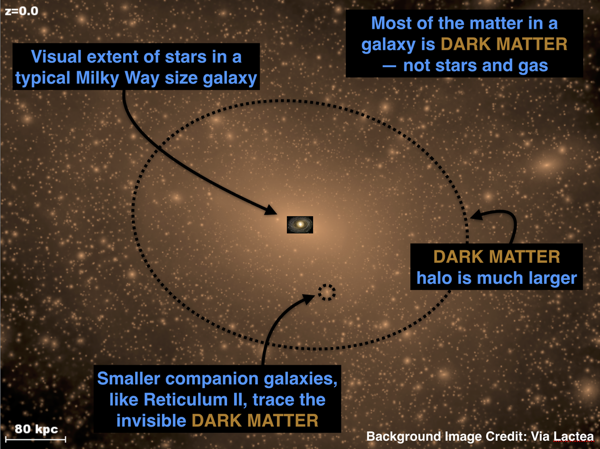 The distribution of dark matter around a galaxy like the Milky Way as predicted by the standard cosmological model with cold dark matter. Credit: Dark Energy Survey/Via Lactea.

During the first ten years of the Fermi mission, a collection of optical telescopes were simultaneously mapping the sky in visible light. Those surveys discovered more than twenty additional "satellite" galaxies orbiting the Milky Way, effectively doubling the census of our galactic neighborhood. Our newfound neighbors were previously hidden because most of them have only a few hundred to a few thousand stars, compared to the approximately hundred billion stars of the Milky Way. Still, the small neighbor galaxies contain large amounts of dark matter. In their innermost regions, the mass in dark matter exceeds that of visible stars by factors of several hundred up to several thousand. These small galaxies are essentially clouds of dark matter with just enough stars to be detected, in other words, nearly perfect targets for a dark matter search. 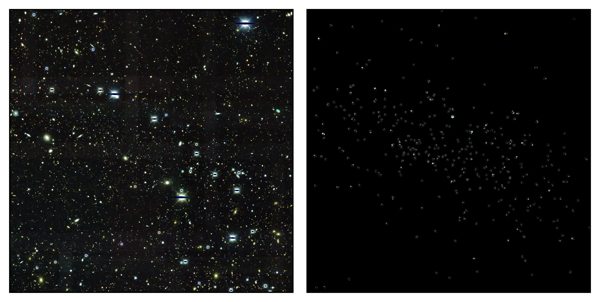 Fortunately, Fermi has been mapping the whole sky since the start of its mission, so for any newly discovered dark matter target, we already have a wealth of gamma-ray observations. As optical sky surveys expand the collection of known Milky Way satellites, we enhance the sensitivity of Fermi to dark matter annihilation and decay signals. 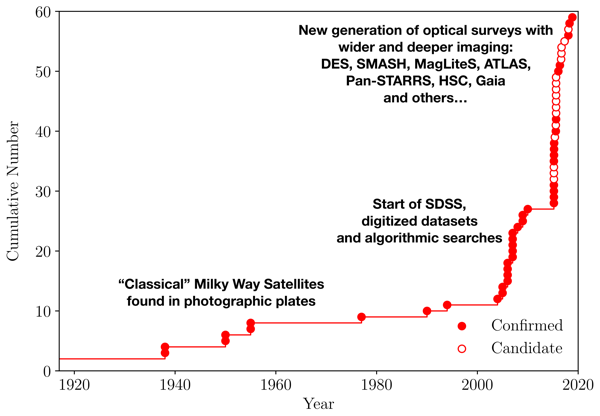 Timeline of Milky Way satellite galaxy discoveries showing the confirmed and candidate galaxies. Here, "candidate" signifies uncertainty as to whether the stellar population is a dwarf galaxy with abundant dark matter versus a globular cluster without dark matter. Credit: Dark Energy Survey

Even with the wave of recent discoveries, we anticipate that the current census of Milky Way satellite galaxies remains highly incomplete, and that ongoing and future optical surveys will find more of our galactic neighbors. Therefore, even after Fermi has completed its map of the gamma-ray sky, it may still be possible to make a dark matter discovery by searching the archival gamma-ray map at the positions of newfound galaxies. 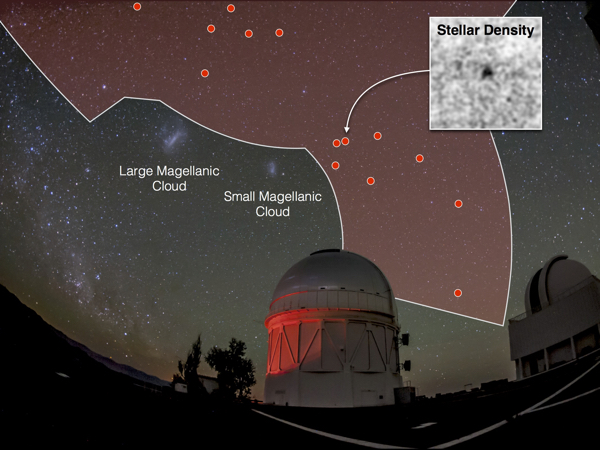