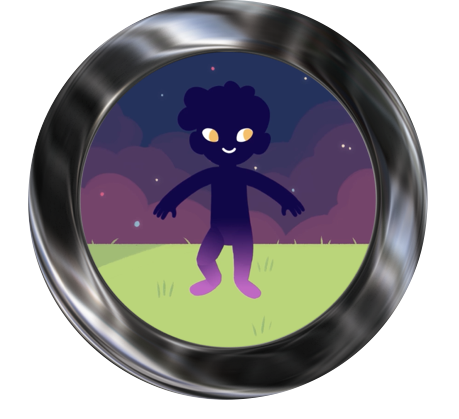 Art of the Sky: Dark Matter Animations and of Course ... Cake

Galaxies and clusters of galaxies in our universe seem to be achieving the impossible. As first discovered by Fritz Zwicky, Vera Rubin and others, they are rotating with such speed that the gravity generated by their observable matter could not hold them together. The simplest explanation is that there is something we have yet to detect directly is giving these galaxies extra mass, generating the extra gravity they need to stay intact. This unseen matter was called "dark matter" since it is not visible. However, the fact that we can't see dark matter inspires us to make interpretations as to what it could be. Several students at Maryland Institute College of Art have attempted to do what scientists have been attempting for decades: visualize dark matter.

This is a visualization of dark matter interacting to produce gamma-rays in dwarf spheroidal galaxies (See also How to Search for Dark Matter with Very Few Photons and The Partnership Between Optical Surveys and Gamma-ray Dark Matter Searches) that can then be observed by Fermi-LAT.

Even though we've been searching for Weakly Interacting Massive Particles (WIMPs) (See Shining Light on Dark Matter), that's only one theory for what dark matter could be. This animation explores a few different ideas, like MACHOs:

Finally, who didn't feel unseen in middle school? The MICA animation students imagine dark matter as an invisible middle schooler trying to get the attention of his fellow students:

Dark Matter as the Cake-pops that hold the galaxy together

Not only do we not know what dark matter looks like, we also don't know what it tastes like. Our expert bakers envisioned clumps of dark matter (unseen because of their chocolate shell) both within the galaxy and extending far beyond the visible stars. We also see visible dwarf galaxies orbiting around the main galaxy which also have little specks of dark matter throughout holding them together. 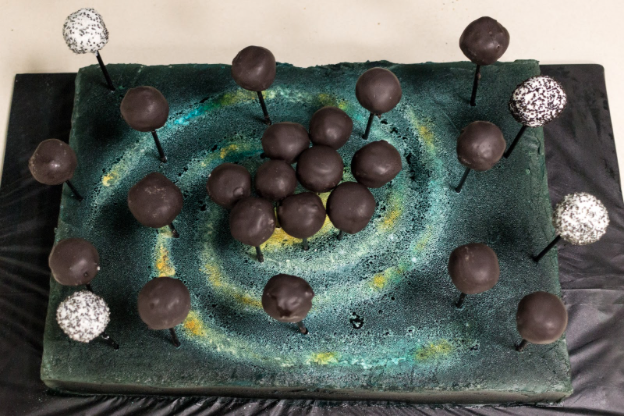