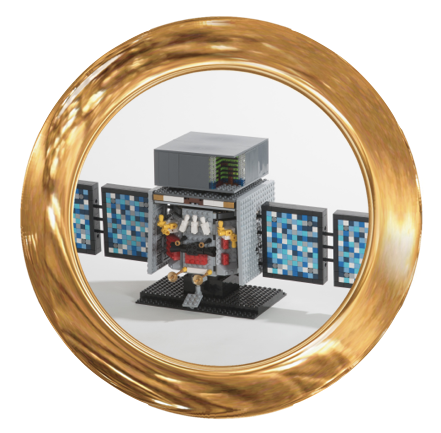 By now we all know that Fermi was launched 10 years ago. But it took many years of planning, thinking, developing, and building before it got to that point. This process included hundreds of engineers, scientists, managers, and other folks. One of the incredibly rewarding parts of developing a mission is seeing your ideas and designs move from paper to a real-world device. This is somewhat similar to dumping out a giant bin of LEGO, thinking up a crazy design, and then using those multi-colored bricks to construct something that didn't exist before. It's hard to find a scientist or engineer that doesn't have fond memories of losing themselves in a pile of LEGO (and some of those memories are from the very recent past).

A few years ago, one of the graduate students working on Fermi (he's now a post-doctoral researcher at MPI) lost himself in a pile of LEGO and recreated the entire Fermi satellite. The details are exquisite: there's a tiny GBM (both the NaI and BGO detectors), high gain and low gain antennas, star trackers (yea, they're on the wrong side - artistic license), thermal radiators, various electronics boxes, and a cut-out in the LAT showing a pair-production event. If you build one yourself (and you certainly can) you'll discover many more. The details aren't an accident. He used one of the detailed models of Fermi as a basis for the design. 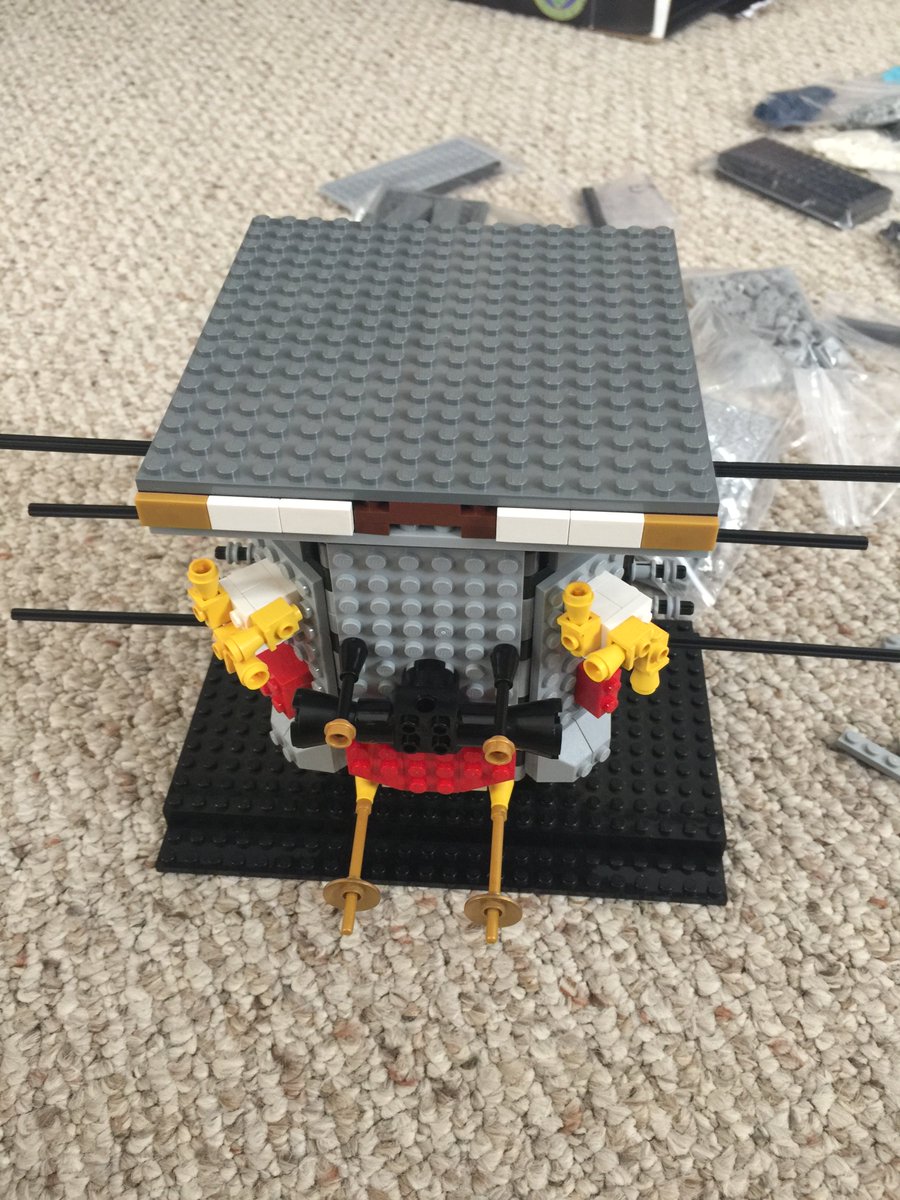 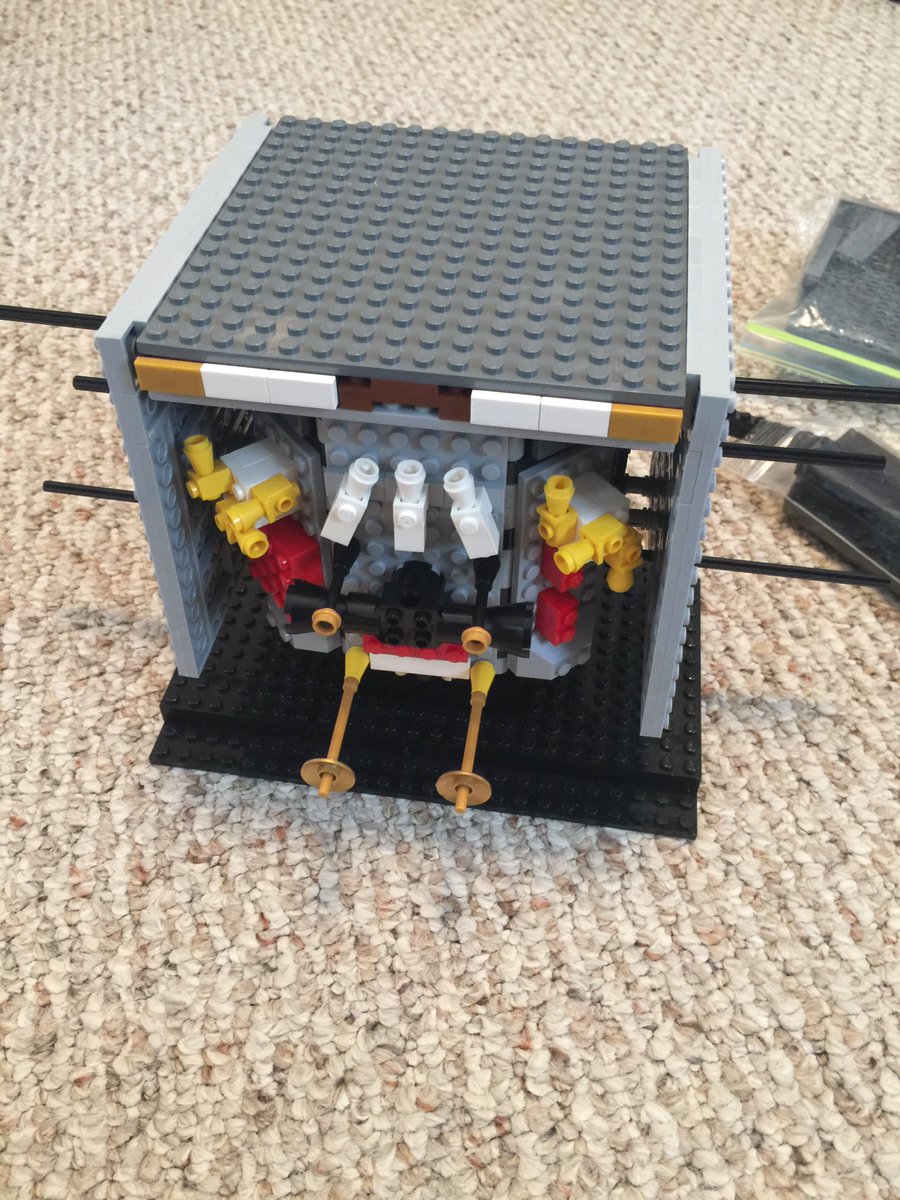 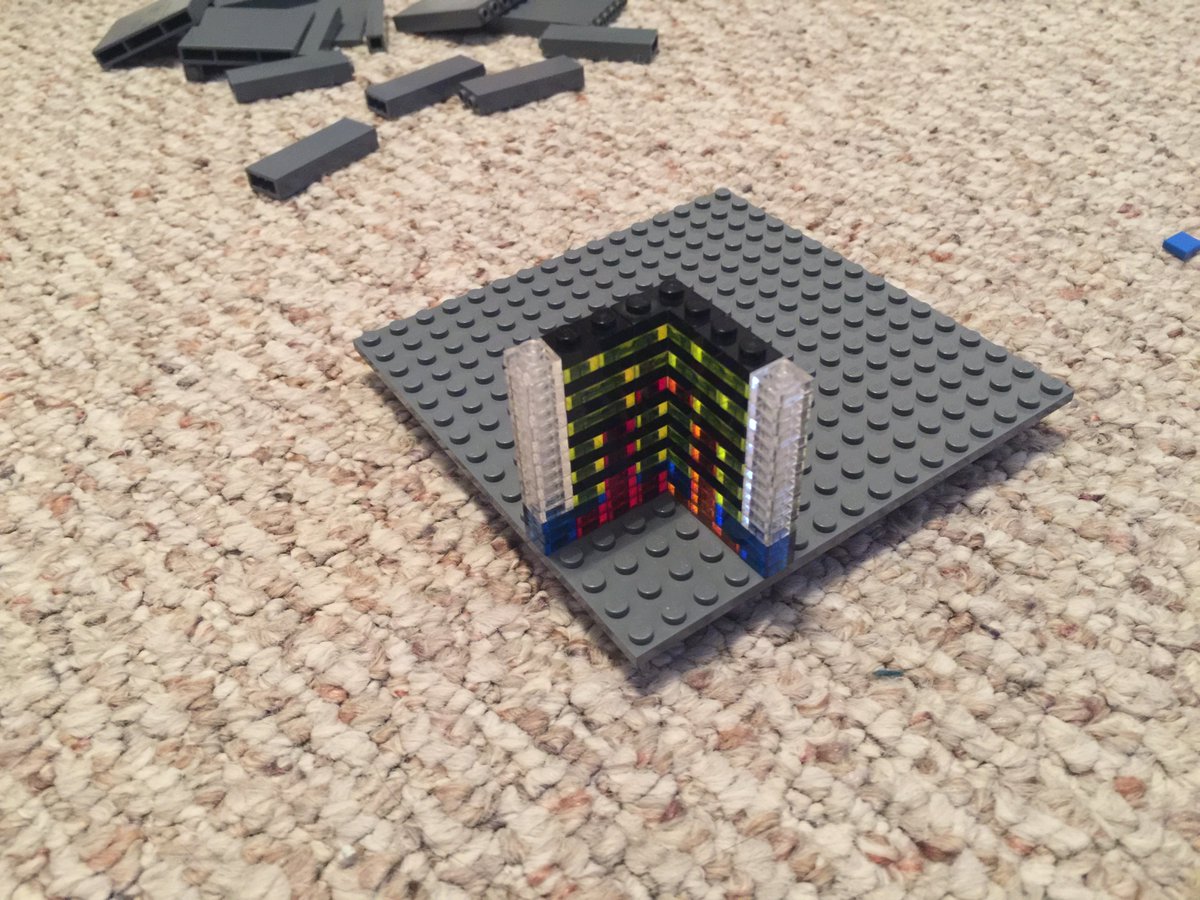 Now, since this was put together by the same folks that put some of the Fermi cakes together this wasn't quite the whole package. All of these parts were presented as a gift in a custom homemade (non-official) box. 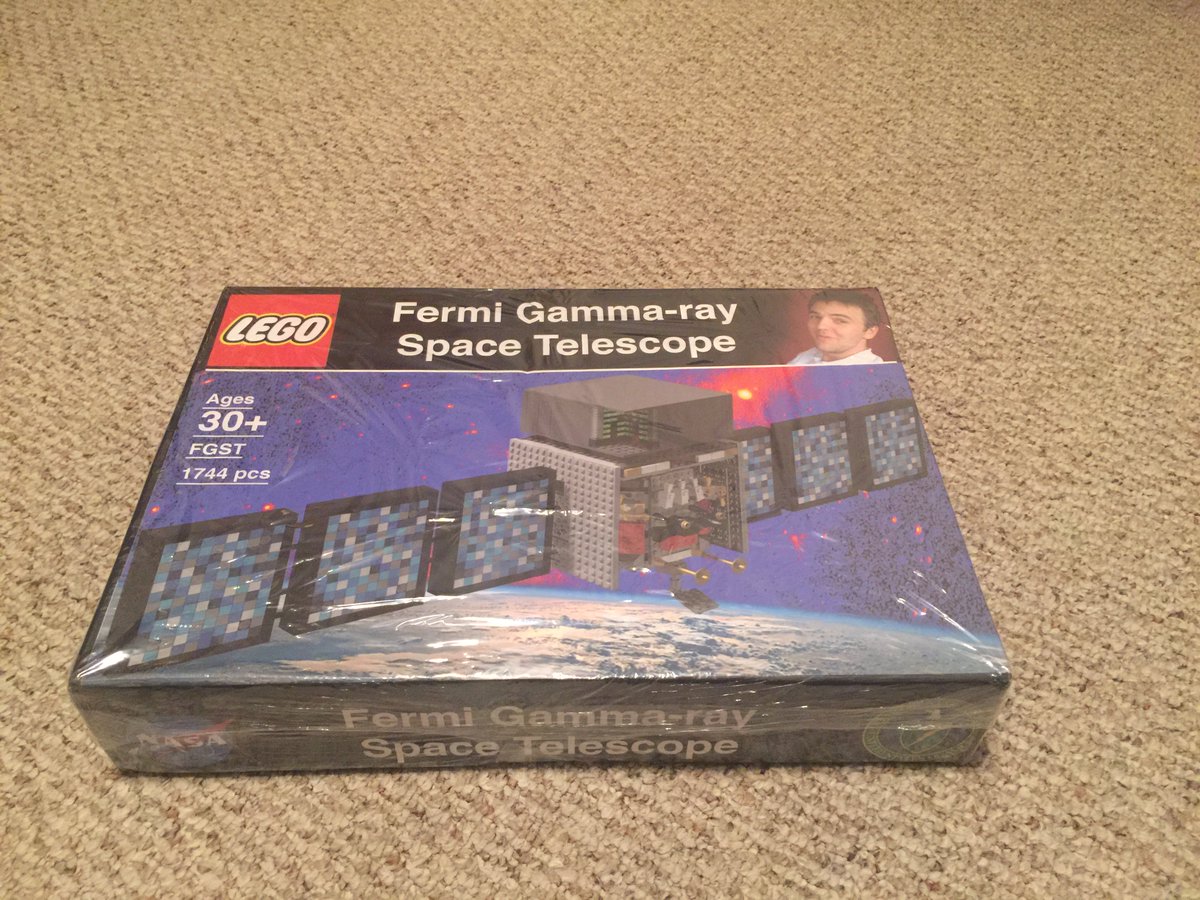 Yea, that's my face in the top right corner; don't ask. The box also has tabs, and it was shrink wrapped! The pieces were also in individual plastic bags (the unboxing is half the fun of LEGO). 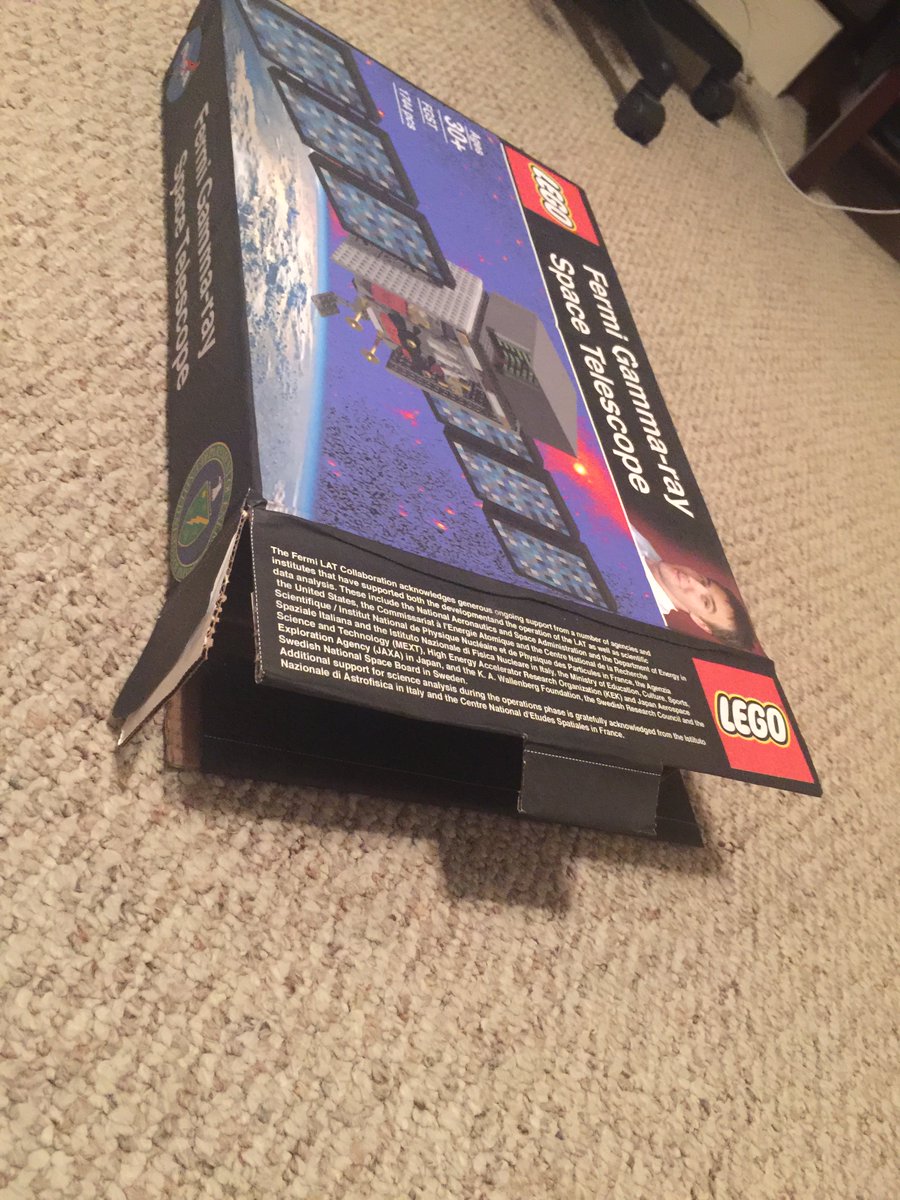 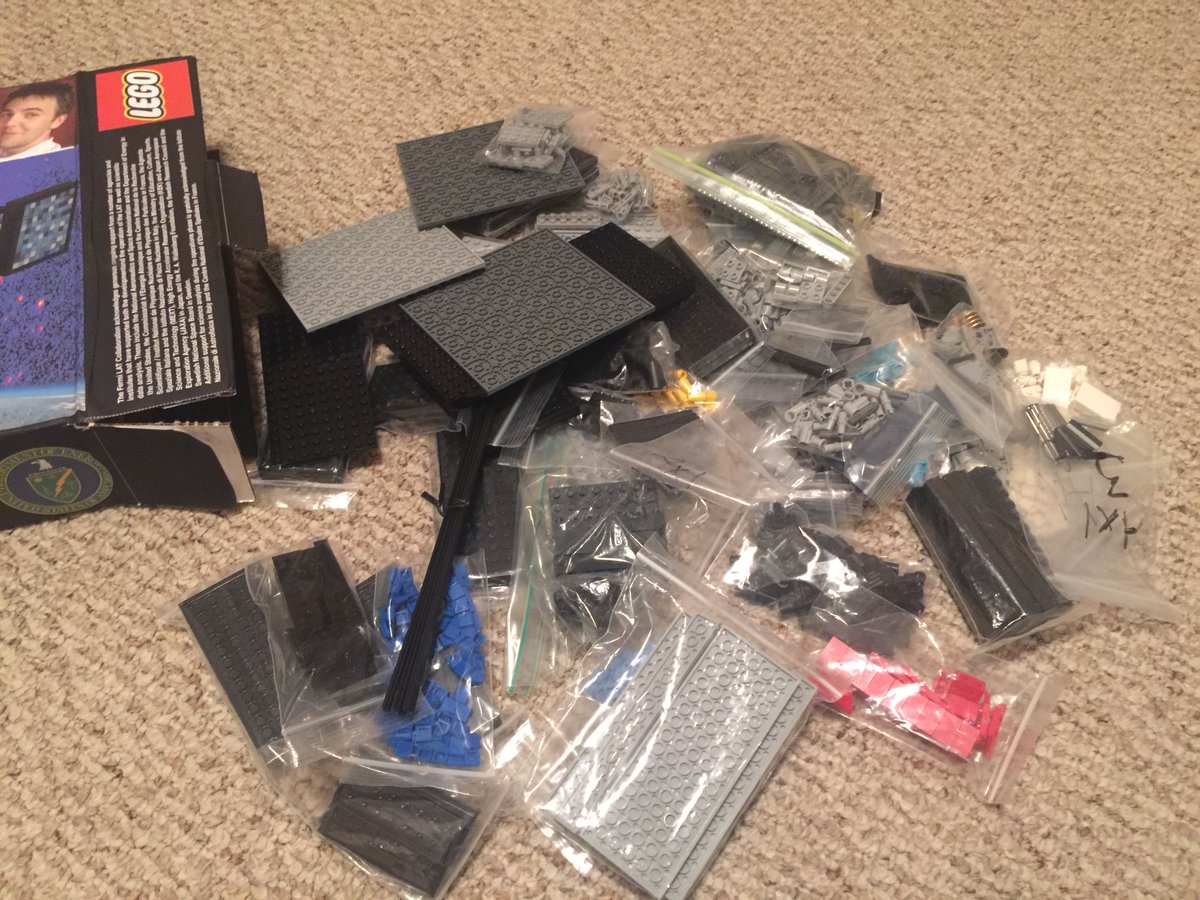 For more details on the build, you can order the parts and build your own. And, if you think this is all fun-and-games (and it is a lot of fun), the LEGO model is used all the time for outreach events to describe how Fermi works. 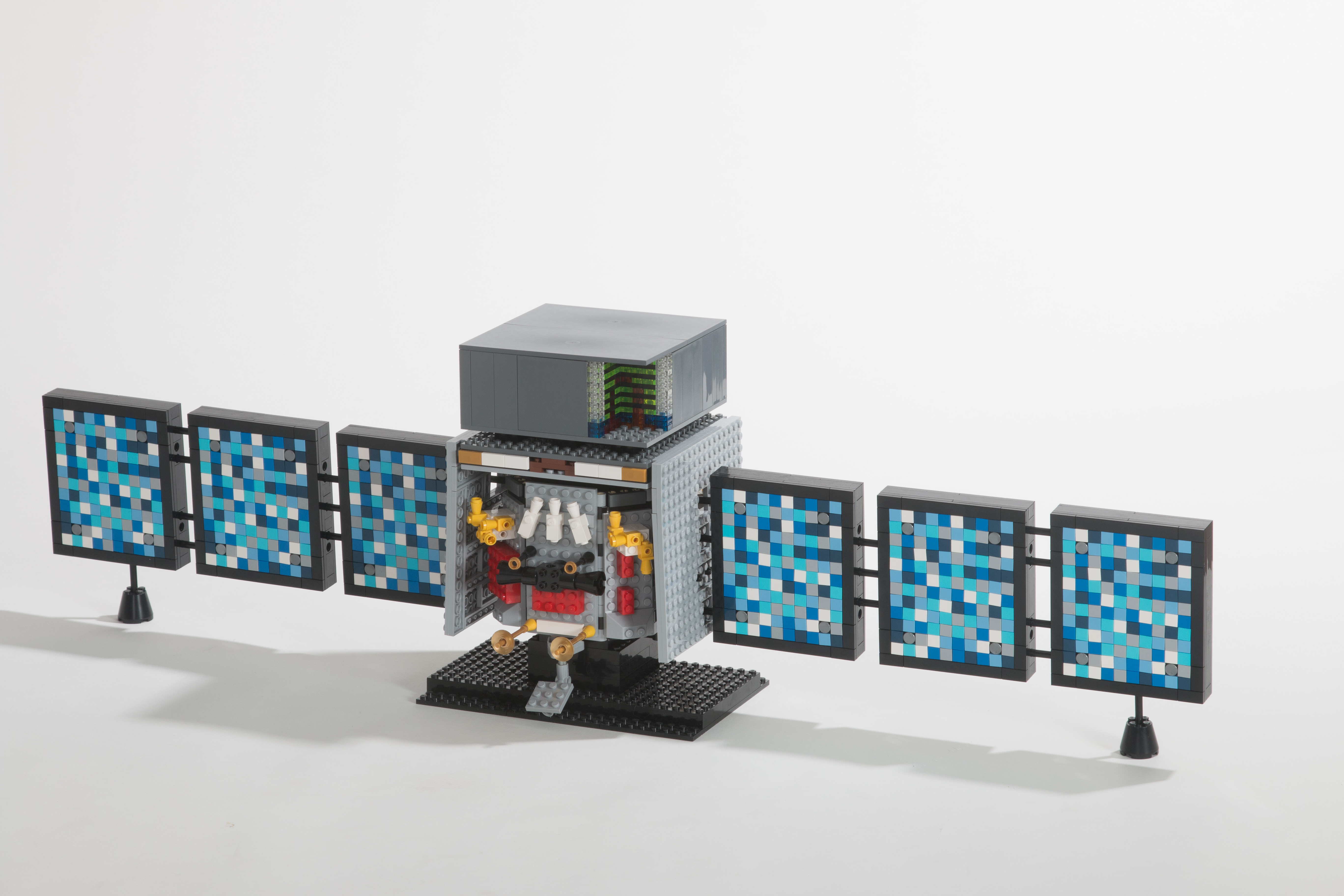